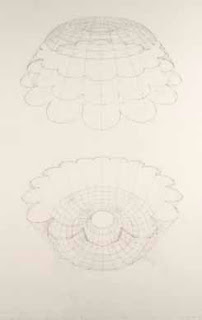 Jenny West's work explores the relationship between architectural space and domestic objects through the process of drawing.  She constructs precise, light and linear, essentially ethereal works, using mathematical drawing systems such as perspective; by extracting information from objects through their measurement and applying methods of projection, to develop both two and three-dimensional spatial works.

States of uncertainty and indecision are countered/contradicted by the use of logical and exact methods of production; the work oscillates between clarity and doubt, fragility and strength, visually combining opposing conditions.  The drawings possess a delicacy and vulnerability, offset by their implied architectural scale.
Posted by About us at 02:09 2 comments: 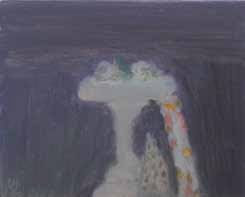 
Most of these paintings construct places and spaces that we feel we should recognise and have perhaps already seen, if only momentarily. But probably not in this ‘heightened’, uncertain and dreamlike state. The ordinary, the quotidian, is hopefully charged and energised enough to take on another form or ‘character’.

The urban ‘scapes’ are split into two distinct categories. First, there are nocturnes whose prime concern lies with luminous conditions of light and both the passing and suspension of time, of a still image that possesses a pulse. These depict that twilight time when natural light is dying and elecrtricity is switched on. This is a time when shape and space take different form. There exists, in my mind, a parallel with the cinema. Nearly all of these works have a strong lateral pull or pan, which arrests the image in a stressful way. This, together with the coloured emanation of light through the surface, or screen, or paint film, creates a considerable amount of their tension.

Secondly, there are the more direct depiction of apparently ‘normal’ urbanscapes, sometimes the backs and sides of residential buildings and others in which vacant lots have narrative potential. Although purportedly rooted in fact, they continue to play with fiction, both in the act and also the character of painting. For example, there is a double take in painting/rendering flat surfaces that are already painted and rendered (i.e. walls), some of which lie parallel to the picture plane, some of which are oblique. The composing and placing of these planes can sometimes construct an isolated or ‘framed’area/space, very much like a painting within a painting.

Finally, there are the more recent interiors of museums. These continue with certain themes present in the previous work but develop this from on another ‘angle’. They are concerned with the ground, plot, plan, and topography of place, but are also about elevation, floating, height and primarily distance, measure and, perhaps, ambiguity. By emphasising the nature of ground there is an odd connection or disconnection to space and picture plane. In this sense they are virtual.

The still life paintings are made from direct observation, the objects being set up on a raised platform. I view and paint from a heavy easel a few feet from the motif with a further painting position on the wall, a couple of yards away. This involves a species of mobility which it seems I require. The paintings are made wet into wet, the motif remaining in place throughout.

For consecutive summers I was very generously given a large studio at Alayrac le Haut, in south west France, where I painted the same landscape from three separate windows. The painted rectangle was moved around and established inside a slightly larger panel and was completed wet into wet, after much erasure and adjustment throughout the day. At a later date the panels were cut down and attached to a chassis. Interim is an exhibition open to all current penultimate year BA Fine Art students at
British art schools who have previously completed their foundation course at Leeds College of Art. 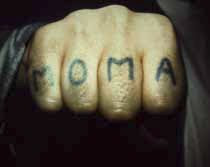 Printed Matter
Posted by About us at 07:43 No comments: 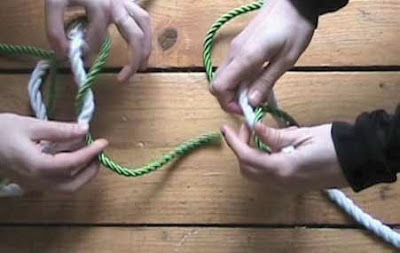 August 2002 - ongoing, and back considers ideas of collaboration, translation and
alliance in artistic practice.

The exhibition has grown out of a year-long weekly correspondence, in letter-form,
between Rebecca Wilcox and Laura Smith. This process was initiated in November
2010 with the intention of informing both the content and structure of the show.

The letter as traditional mode of communication allows for slippages, crossovers, repetition and miscommunication; the exhibition alludes to the divergences and similarities that this sort of collaborative practice entails. The works presented include Wilcox and Smith as well as a selection of invited artists who have been cited, via chance meetings and encounters, in the letter writing process. These artists have been asked to respond to notions of perspective in collaboration,
most of them having worked collaboratively at some point.

As such the exhibition seeks to build variations of perspective and chance into
its construction. It traces links between individuals and their work, and expands
and contracts relationships in order to shift an audience’s expectations regarding what collaboration means in how we view and understand a work of art’s meanings.
Posted by About us at 07:39 No comments: 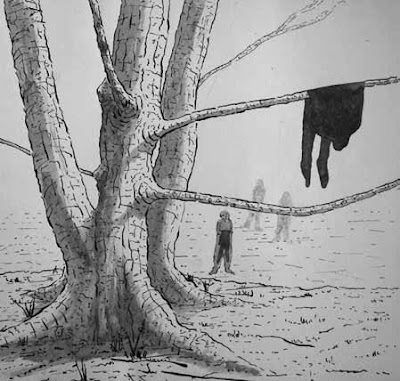 In the shadow of the Hand - narrative drawings

“In some ways, Barker’s drawings are simply documentary. In Neither a burrower
or a lender be, we see a circle of dancers outside a Ukranian club (‘Dancing is
important, it seems to me,’ says the artist). There is also group of people marching
(there are frequent marches in Chapeltown, both political and religious). But more than ust recording the times, Barker mentally replays, pen-to-paper, the multifarious things he sees people doing: the stories of the place. He re-enacts and enlivens in much the way that children do when they draw”.
Angela Kingston
Posted by About us at 07:33 No comments: 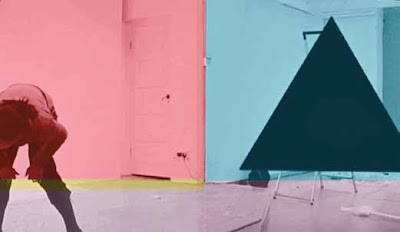 ex is an annual show profiling a selection of artists at the beginning of their careers who have recently graduated. All the artists taking part completed their foundation course at Leeds College of Art and the exhibition highlights the quality and range of work being produced on some of Britain’s leading fine art degree courses. The exhibition celebrates relationships formed whilst studying on the foundation course and reconnects artists, now based in other cities, with each other, with Leeds and with the College.